Distinguished guests cut the red ribbon to our prototype factory

Two pairs of scissors cut the red ribbon at the official opening ceremony for our prototype factory in Ivano-Frankivsk on September 27th. One of the pairs was held by the Danish Ambassador to Ukraine, Mr. Christian Dons, and the other pair was in the hands of the Mayor of Ivano-Frankivsk, Mr. Ruslan Martsinkiv.

”In Ukraine it’s a tradition and it’s welcome to have a ribbon cutting event; if you have something to show, that you are proud of, you should celebrate it,” says Director of EKTOS I-F, Oleg Senyk, and explains: ”It will be welcomed, not only because of the hors d’oeuvres but also because it’s an opportunity to socialize.” For EKTOS having the opportunity to socialize with the people we collaborate with is invaluable. 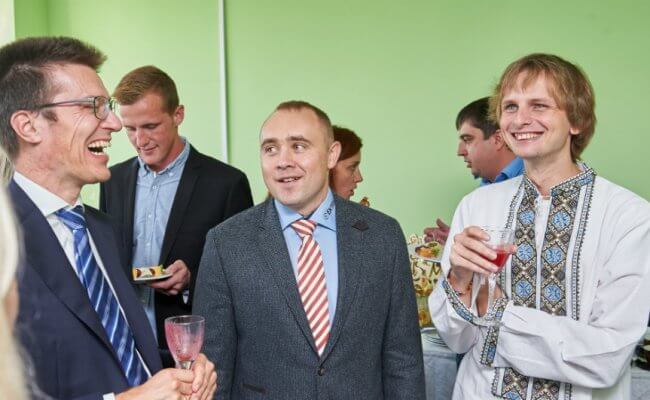 The network of Danish businesses in Ukraine is an example of the relationships we are interested in nurturing, and the Danish Embassy plays a central role in the network. For that reason, we are grateful that Mr. Christian Dons accepted our invitation and showed his support. Many Danish companies have established themselves in Ukraine, and some of the largest ones located in Western Ukraine such as Danosha, Danametal, and Brdr. Christensen, visited our reception.

The relationships with local authorities are also very important to us. Besides Mr. Ruslan Martsinkiv, other representatives from the city administration joined our event, and so did representatives from the local customs authorities with whom we work closely. We receive and send equipment, components, and products across the border to Europe regularly, and for that reason, we prioritize building trust with the people responsible for handling the process. 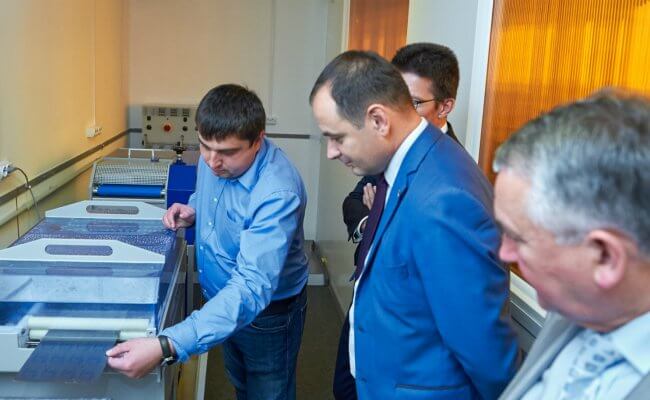 At the opening ceremony, we met some of the local political figures, who are working on developing the IT sphere in the city. Different smart city initiatives which contribute to the attractiveness of the place and gather interested professionals within the sphere have been carried out in Ivano-Frankivsk. EKTOS I-F has been invited to become a part of the community of geeks within IT and electronics. We appreciate this as the network strengthens our connections to students and other qualified professionals who could be interested in working with us.

Oleg Senyk hopes that EKTOS I-F can play a central role in the development of the electronics sector within the city’s IT community: ”There was a semiconductor factory in this building before so what we are doing now is very much in line with what the place was designed for. I believe that this location can be a beginning of an IT cluster in this part of the city.”

”There was a semiconductor factory in this building before so what we are doing now is very much in line with what the place was designed for. I believe that this location can be a beginning of an IT cluster in this part of the city.” Oleg Senyk, Director of EKTOS I-F

We thank all our guests for taking part in the festive opening of our prototype factory. Those of you who have not yet visited our newly opened facility are very welcome to do so!

Find more information here about our prototype production. You are also welcome to contact Director of our Ivano-Frankivsk facility – Oleg Senyk via ose@ektos.net or +380503701560.