The e-bike of the future is more than a strong motor and a powerful battery. The interaction between e-bike and user is key to the latest IoT innovation by Promovec. The Connect+ system bridges bike and smartphone and allows the user to access complex features and a wide range of new options.

If you are the proud owner of an e-bike from Nishiki, Christiania Bikes, or Raleigh, your bike’s battery, motor, etc. is probably made by Promovec. The company located in the Aarhus suburb of Risskov delivers e-bike components to a number of well-known bike brands. Until now the battery, motor, and controls of an e-bike have worked as a closed system. But with its new Connect+ concept Promovec adds a smartphone to the mix, opening a new world of opportunities. EKTOS has contributed by developing the Connect+ smartphone app, and the Bluetooth based wireless communication protocol between bike and mobile phone. 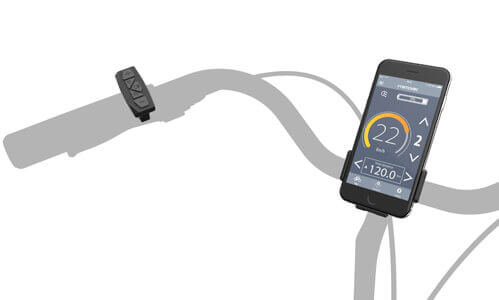 The smartphone is a key

With smartphones becoming an increasingly crucial part of people’s lives, the modern consumer expects to be able to use the phone to connect to the devices and machines around him or her.
Connect+ is addressing this trend. It provides access to advanced functionalities and vast amounts of data. For instance, with Connect+ you can use your phone to turn your bike’s light on and off, you can choose Assist Level, Bike Mode, and much more. Also, you can type in the trip you are planning, and the bike will automatically distribute the battery power available evenly across the whole trip. – Through collaborating with EKTOS all our ambitions for the app have been fulfilled. EKTOS has been a skilled and competent partner, and we’ve had a lot of constructive meetings along the way. Working together with EKTOS has made us an even stronger company when it comes to software and app development, says Jacob Nymann Petersen, Marketing Manager at Promovec.

Working together with EKTOS has made us an even stronger company when it comes to software and app development – Jacob Nymann Petersen, Marketing Manager at Promovec

Alexander Liubimov, project director at EKTOS, emphasizes the tech side of the Connect+ project: – If you look at it from an IoT angle, I find the solution interesting because it demonstrates how conventional smartphone-based communication can be relevant for IoT applications. You often think of IoT as a device communicating with a server and the cloud. But many people forget that IoT is also about Near Field Communication. The obvious advantage of Bluetooth Low Energy is that it is used anywhere there is a smartphone involved. So why not use that radio technology, when it is so close at hand. – Bringing all the data to the smartphone also means you get much easier access to the social networks used by more and more people to share their interests with others, whether it is physical fitness, sailing, motorcycles etc.

– Also, you can access the considerable computing power of a modern smartphone. This means that instead of designing a complicated dashboard for the bike you can push real-time data from the bike to the user’s smartphone, thus using it as a sophisticated interface. You see that trend in many places. – We have helped Promovec define the information architecture, giving the highest priority to the most important data, while less important data is transferred in the background. We defined how the components of the system communicate with each other by defining the communication protocol and data sets, and we designed the smartphone app for the system.

As one of the most important aspects of the project Alexander Liubimov emphasizes the complex task of establishing safe and robust Bluetooth communication between the electrical system of the bike and the app. Not least EKTOS had to factor in the various components of the system designed by subcontractors. Furthermore the app had to be developed in two different versions, iOS and Android. Despite the fact that Bluetooth is truly interoperable protocol – it is still implemented with small differences by different vendors of BT radio, and especially in the smartphones. According to Alexander Liubimov, designing for Android is by far the most complex task, as you need to figure in different requirements for the many Android phones on the market. It requires in-depth knowledge and extensive testing to ensure that the app runs smoothly on the 10 to 15 most common Android phones available.

According to Jacob Nymann Petersen, an important aspect in developing Connect+ has been to make the app communicate smoothly with components designed by Promovec’s subcontractors. Furthermore, Promovec wanted Connect+ to design an Open Source framework enabling users with programming skills to contribute to developing the system further. Both aspects added to the complexity of the project, something that was handled through close dialogue and sparring throughout the project. – Due to EKTOS’ skills in app development and wireless communication we have achieved all we set out to do, and we are very satisfied with the collaboration. That includes test, compliance, and certifications, where EKTOS has given us competent advice as well. New Nishiki and Raleigh models equipped with the new Connect+ display by Promovec were launched in bike shops in April 2019. Find more information about EKTOS’ skills within development of IoT solutions here or contact us directly at info@ektos.net or +45 7070 1499. 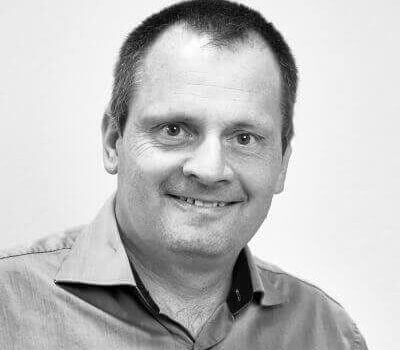