Ultra-reliable electronics for evacuation at sea

Ultra-reliable electronics for evacuation at sea

VIKING Life-Saving Equipment manufactures, supplies, and services a wide range of maritime safety solutions such as evacuation systems for ships, firefighting equipment, and lifeboats. VIKING has recently launched a novel product, the LifeCraft™, an inflatable and electrically powered evacuation solution for ships with the capacity to save 812 people.

VIKING invited EKTOS to develop the controller system for the LifeCraft™ and thereby continue our partnership that has been thriving since 2014. 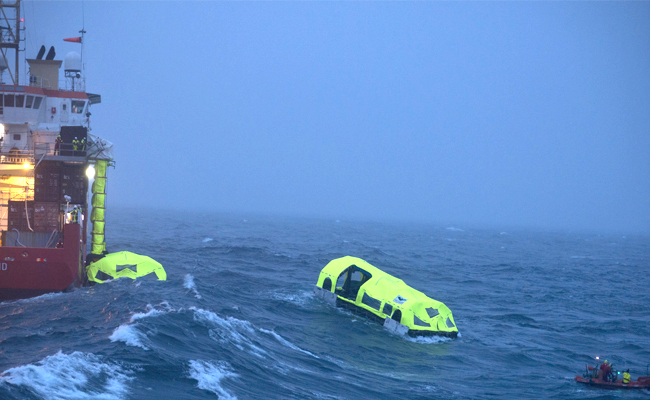 Hardware and firmware that must not fail

The VIKING LifeCraft™ system consists of four self-propelled and self-inflatable survival craft units powered by four engines and four propellers located in each corner of the crafts. The engines are each powered by two lithium-ion batteries produced by a company specialized in battery powered solutions for water transport. The engines are controlled by a throttle unit which can easily be operated when steering the LifeCraft™ survival craft unit to a safe position.

The charging algorithms written by EKTOS’ engineers ensure that the batteries are maintained at a high charge while allowing for a slight discharge not to compromise the battery efficiency. A self-diagnostics module updates the PLC on deck about the status of the batteries on the LifeCraft™.

In order to allow communication between the LifeCraft™ itself and the PLC on deck, EKTOS has developed a minimalist, safety critical communication protocol. The team furthermore developed a function that makes it possible, at any point, to roll back any factory-released firmware, in case of failure.

EKTOS has designed the controllers with redundant connections in order for each controller to be able to communicate with each of the other controllers in case of damage on one of the connections. Two connections between the four controllers can be damaged without influencing the steering control. This is a common safety measure that reduces the risk of failure. The controllers are equipped with SD cards where operational data is stored and available for review at any point.

Electronics for maritime environments need to be able to function in conditions with salt, water, and heavy vibrations. EKTOS Testing & Reliability is specialized in testing of electronics in extreme environments. The development team has used the facilities at EKTOS TRS throughout the development process in order to ensure compliance with the requirements defined in the Marine Equipment Directive. 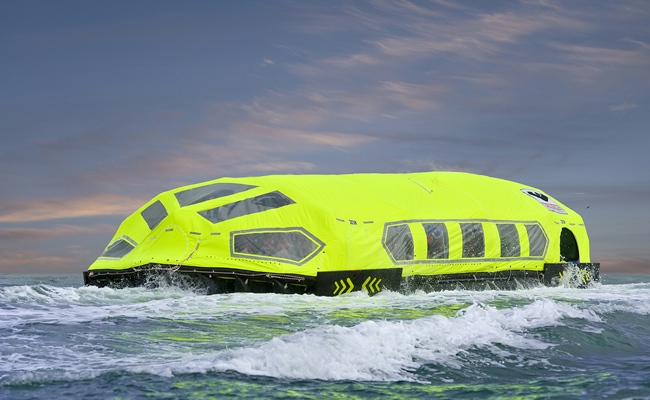 We are looking forward to seeing VIKING’s novel LifeCraft™ system mounted on ships around the world. 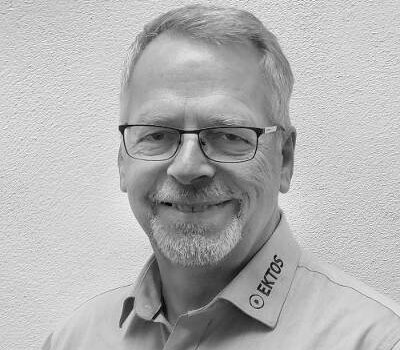