Earlier versions of Olympia Electronics’ alarm and security system required PC connection for all the complex service and maintenance functionality, but the new version is based on the graphical system, TouchGFX. With TouchGFX, all functions in the security system can be accessed directly from the panel, and because the user interface is intuitive, the new system is much easier to control, configure, and to update.

EKTOS is an official implementation partner for ST Microelectronics and EKTOS and has implemented the TouchGFX solution in many projects since the early days of TouchGFX. EKTOS has therefore been a ”steady hand” during the development and implementation process in collaboration with Olympia Electronics. EKTOS has both helped Olympia define the graphical user interface and implemented the software in the system.

As a part of the collaboration with Olympia Electronics EKTOS has supported Olympia’s team in getting familiar with TouchGFX for them to manage future updates of the system independently.

An integrated approach to communication

“The collaboration has been really good. We had a really good communication with the project manager Sergii – we understood each other. It has been absolutely satisfying!” says Alexandros Tintinis, Embedded Systems Engineer at Olympia Electronics. The key to the successful collaboration between EKTOS and Olympia Electronics has, besides EKTOS’ process knowledge of development projects with TouchGFX, been clear and efficient communication throughout the project. During the project the right questions were asked at the right time and the tasks were efficiently allocated to the most suitable developers in either team.

The collaboration has been really good. We had a really good communication with the project manager Sergii – we understood each other. It has been absolutely satisfying! – Alexandros Tintinis, Embedded Systems Engineer at Olympia Electronics. 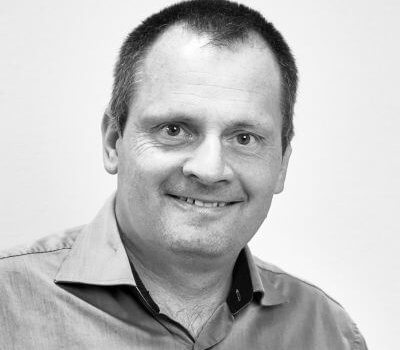